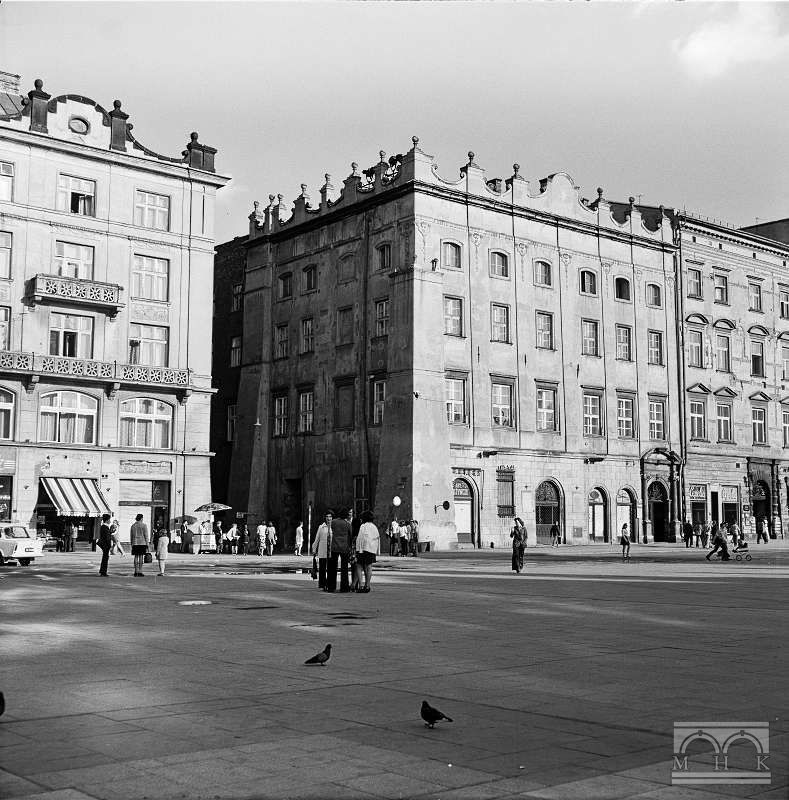 12th March 1682, marked in history as ”der grosjer Schülergeläuf”, was a day of serious anti-Jewish riots in Cracow. Janina Bieniarzówna thoroughy described these events in Volume 2 of  Dzieje Krakowa (The history of Cracow) as well Majer Bałaban, in Volume 2 of  Historia Żydów w Krakowie i na Kazimierzu 1304-1868 (The history of Jews in Cracow and in the Kazimierz District 1304-1868)

It all stemmed from a Szachna who was sentenced to death by hanging, as a consequence of buying stolen ecclesiastical silverware. After executing the sentence, a group of students attacked and severly beat the Jews. Soon after that, other anti-Jewish riots broke out. The Jews took shelter in the Szara tenement house, while students, supported by local thugs, tried to break in there. As a result of shooting, a 12-year old boy was killed. Once forcing into the shelter turned out to be unsuccessful, the crowd attacked the Pod Wagą house, stealing Jewish goods stored there. Only the intervention of city guards restored order and prevented further robberies. When night fell, the Main Market Square in Cracow looked like a battlefield. Next day, the city introduced tight restrictions aimed at firebrands and participants of the turmoil, with  death sentence being the penalty. News about the riots spread quickly across the country. The King was disgusted and outraged by students’ behaviour, and even more mad at the rector and the professors themselves. The King issued a strongly worded letter, lambasting them for their inability to keep order and allowing riots. A special commitee was appointed to run an investigation.  The interrogations of suspects, which took a coupe of days, resulted in sentencing Piotr Kałuszkiewicz, a student, to death.  The Jews however, scared of potential revenge, asked for his pardoning. Other culprits were sentenced to half a year of imprisonment, while two Jews were expelled from the city. The Royal commitee issued several regulations aimed at keeping order and ensuring safety.

According to Majer Bałaban: ”Emotions calmed down and situation got back to normal soon after”. However, traders who had been robbed, were not able to pay their dues. Therefore, Jan III Sobieski offered moratorium to the most injured Jews, followed by a memorandum for other Jewish traders a couple of months after. The 1682 tumult was one of the last anti-Jewish riots in Cracow. Students’ hatred towards Jews did not get any weaker, though. However, the magistrate and country authorities did not allow for any further spoiling of the youth. In the tradition of Cracow Jews, the riots are referred to as ”der grosjer Schülergeläuf”. The city archives store piles of files and an extensive report of the investigation commission.

The Picture presents the Szara tenement house and is a part of  the collecion of the Museum of Krakow.