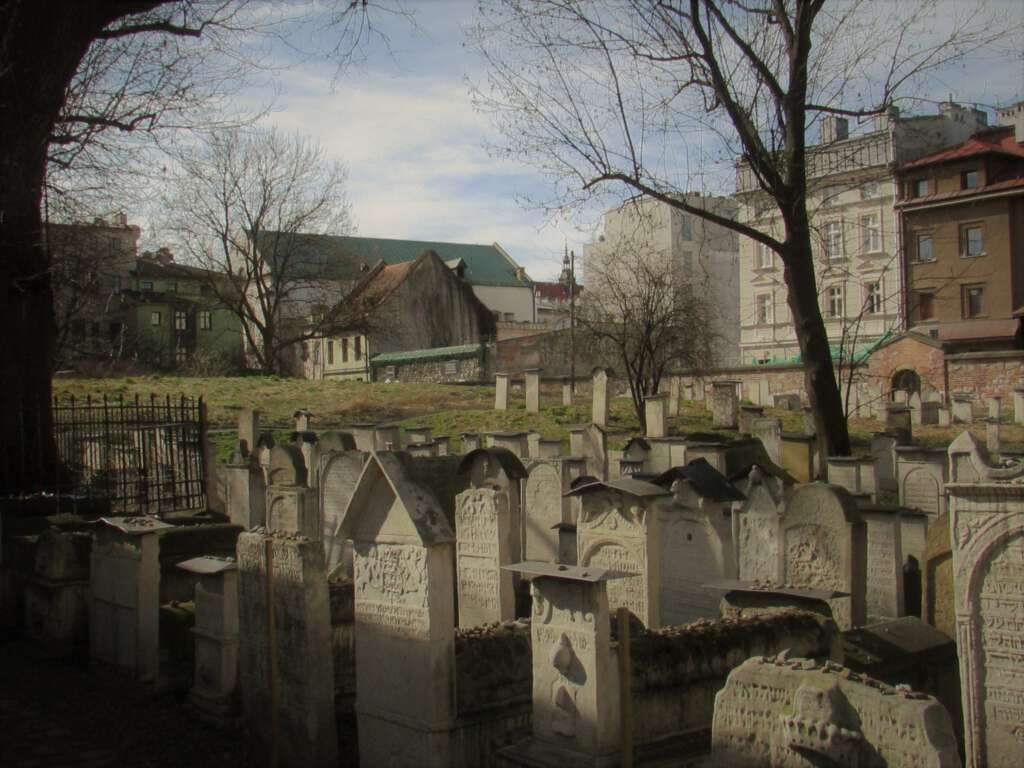 This is one of the oldest Jewish cemeteries preserved in Europe. Let us quote the words of Majer Bałaban, an outstanding historian of the Krakow Jews: “Immediately behind the Remuh Synagogue, there is an old cemetery (since 1551), with tombs of rabbis and scholars, seniors of the community, and regular citizens buried here from the mid-16th century to the end of the 18th century. The oldest preserved grave dates to 1552, while the latest – from 1850. In 1800, the Remuh cemetery was closed by the order of the Austrian authorities. This decision was made for sanitary reasons because, at the time, the authorities eliminated all the cemeteries at the city centre. Despite that, there were still some few burials later. During World War II, the cemetery was almost completely destroyed. In 1959, intensive ordering and reconstruction works were undertaken, which resulted in finding and restauration of many matzevas. The cemetery was renovated. Remains of many renowned Krakow Jews have been buried here, including rabbi Moses Isserles, founder of the Isaac Synagogue: Isaac Jakubowicz, rabbi Isaac Landau, rabbi Natan Spira, rabbi Eliezer Aszkenazy, and many others.

Jewish Cemetery in Krakow at Miodowa 55

This is currently the only operating Jewish cemetery in Krakow. It remains under the care of the Jewish Religious Community in Krakow, and is supported by it. The cemetery was established in 1801 on the land purchased from the Order of St. Augustine.  In the inter-war period, the cemetery area was almost completely used, therefore, starting from 1932, the dead were buried in the newly established cemeteries on Abrahama Street and Jerozolimska Street. During World War II, both those cemeteries were almost completely destroyed. The cemetery on Miodowa Street was only partly devastated, and was rebuilt after the war owing to the financial support from the Joint Distribution Committee. At the cemetery, there are graves of many renowned Krakow Jews, including rabbi Josef Kornitzer, rabbi Ozjasz Thon, Tzadik Aron Elimelech, artist Maurycy Gottlieb, photographer Ignacy Krieger, Vice-President of Krakow Józef Sary, Professor Zofia Ameisen, President of the Krakow Congregation of the Jewish Faith Maciej Jakubowicz, Attorney Janina Ruth Buczyńska, musician and “the last klezmer of Galicia” Leopold Kozłowski, and many others. At the cemetery, there is also the funeral home building designed by an outstanding Krakow architect, Władysław Kleinberger. The building was opened in June 1903. 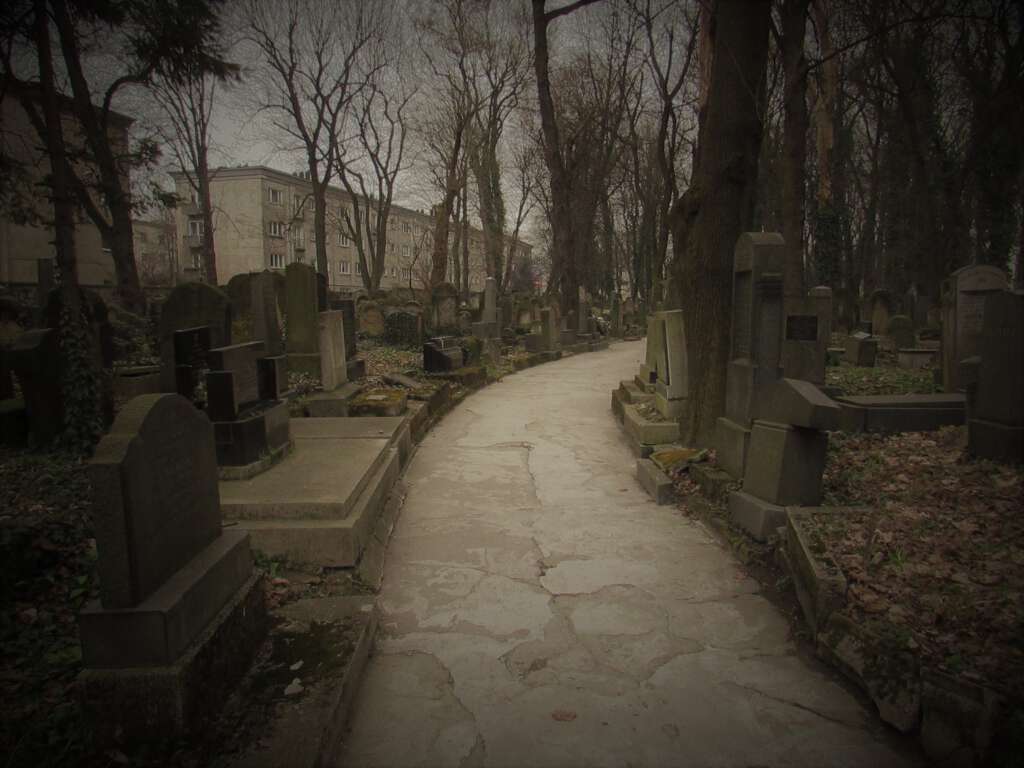