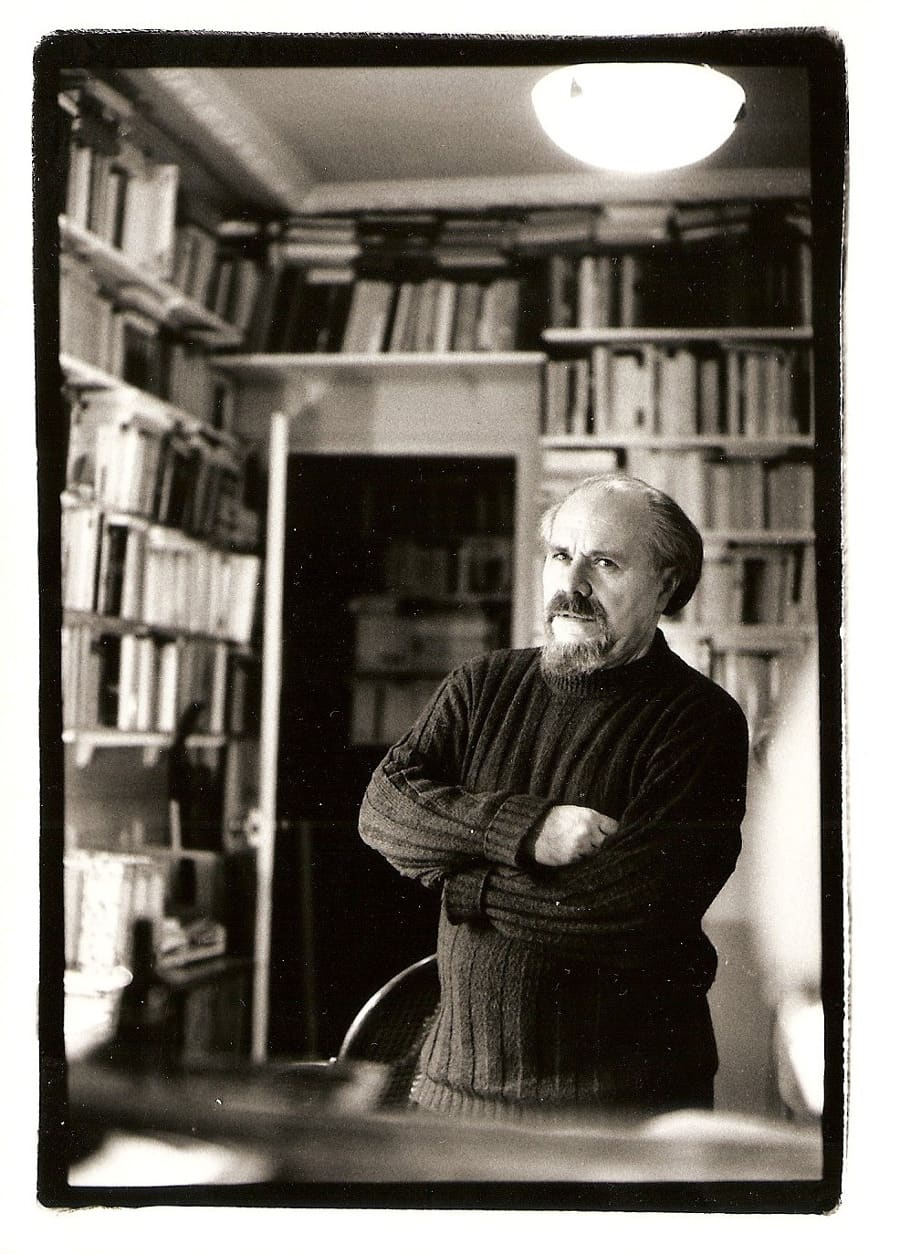 Ludwik Flaszen, son of Feliks and Justyna (born Frischer) was born on 4 June 1930 in Kraków. He was a theatre and literary critic, writer, translator, essayist, theatre specialist and director. He was a co-creator of the Laboratorium theatre and worked for years with Jerzy Grotowski. He was awarded in the year 2000 the Commander Cross of the Order of Merit of the Republic of Poland by president Aleksander Kwaśniewski. Among his best-known publications are: Glowa i Mur (Kraków, 1958), Cyrograf (Kraków, 1971).

After the war began he emigrated with his family to Lvov. There, Soviet authorities sent the whole family to the region of the middle Volga and then to Uzbekistan, where they stayed until the end of the war. He came back to Poland in 1946 and settled down in Kraków. He obtained his secondary school diploma in 1948 and completed his studies in Polish Philology in the Jagiellonian University in 1952.

Beginning from 1951 he was a member of the Association of Polish Men of Letters. In 1954 and 1955 he was literary director of the Juliusz Słowacki theatre in Kraków. In this city he contributed to several publications.

In 1959 he was a co-founder and then director of the 13 Rzędów (known after as Laboratorium) theatre in Opole.

In 1965 he moved to Wrocław and gave theoretical seminars to foreign theatre students. There he collaborated with the “ Odra” magazine and gave lectures in the Dramatisches Zentrum in Vienna. In 1976 he became a member of the Polish PEN Club.

From 1980 to 1984 he was director of the Laboratorium and after its dissolution he moved to Paris.

Photo by himself from his personal archive.