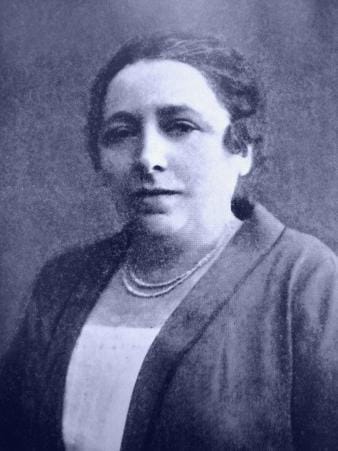 Róża Rock, born Grossman on 27 May 1871 was the founder of a modern educational centre for Jewish orphans in Kraków.

In 1918 she was in charge of the “ Megadle Jesomim” Association, called “Association of Jewish Women for the Defence and Education of Orphans”. In 1922 it changed its name into “Bet Megadle Jesomim” and “Association of the Educational Centre of Jewish Orphans in Krakow. The children had a basic education and learnt skills that would allow them to cater for themselves after leaving the orphanage. She had the building of the Association on ul. Dietla renewed, which improved the conditions of the orphans. The works were supervised by her husband, Łazarz Rock, an architect and a councillor of the city of Kraków. In 1937 there were 89 children.

Róża Rock, may she rest in peace, died on 25 November 1926 in Vienna from complications after the removal of a tumour. He funeral was a moment of sadness for many Jews of Kraków. She is buried in the Jewish cemetery on ul. Miodowa.