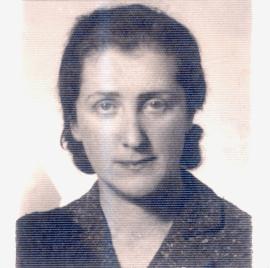 Gizela Reicher-Thon, may she rest in peace, was born on 23 May 1904. She was a researcher of literature, called the mother of Polish Comparative Literature.

In 1914 she finished her general schooling and then studied in private girls’ secondary school. In 1922 she passed her school exam and then read Polish and English philology, linguistic and philosophy in the Jagiellonian University. She defended her doctoral thesis in 1927 while still a student. After that, she worked as a teacher in a Secondary School and in a Jewish charity called Central for the Associations for Orphan Care. In 1933 her doctoral thesis was published. What happened to her in the Second World War is unknown.

Photograph from National Archives in Kraków.