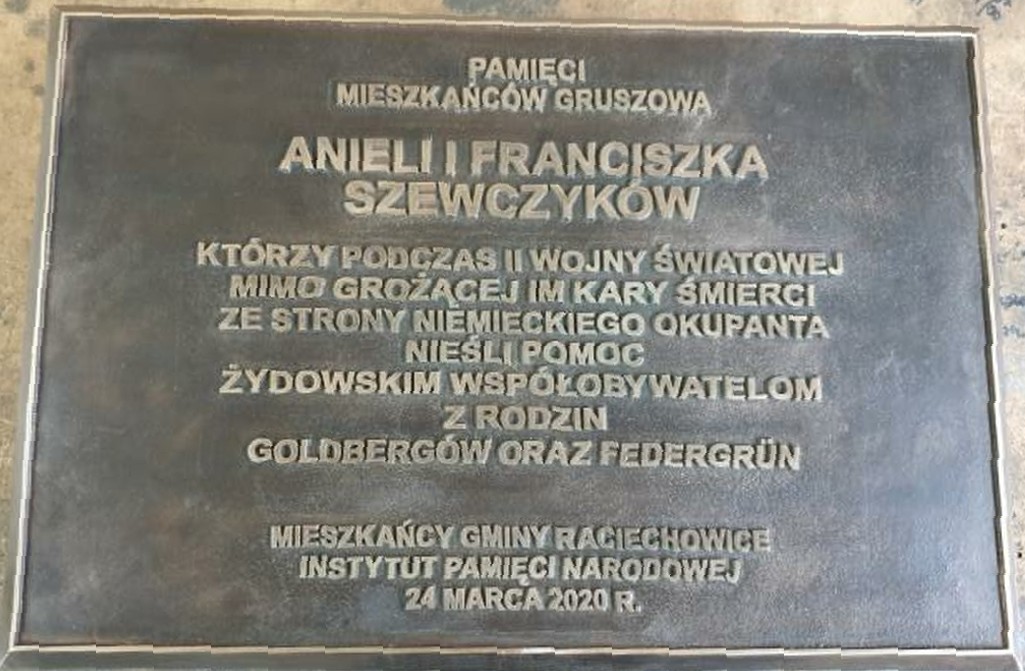 National Day of Remembrance for Poles who Rescued Jews (Updated)

On March 24th, 2021, on the National Day of Remembrance for Poles who Rescued Jews under the Nazi Occupation, in Gruszow (municipality of Raciechowice, Myślenice district) there will be ceremonies organized by the Governor of Małopolska Province, the IPN branch in Cracow and the local government of Raciechowice.

After the solemn Holy Mass (at 12 o’clock), the memorial boulder commemorating the family of Aniela and Franciszek Szewczyk from Gruszów will be unveiled. During the German occupation, they hid four members of the Goldberg family on their farm in the autumn of 1941. Later, they also gave shelter to the Federgrün family. The Jews in hiding survived the war. In 1997 the Szewczyk couple were awarded the title of Righteous Among the Nations. Their eldest son, Józef, was also honored with this distinction.

The ceremony was originally planned for 2020 but was cancelled due to the coronavirus pandemic. The monument in Gruszów was co-financed by the Institute of National Remembrance.

Due to a large increase in the incidence of Covid-19, the unveiling ceremony of the memorial plaque that was scheduled for March 24, 2021 in Gruszów – Raciechowice Commune has been cancelled.
Invitations to the ceremony will be forwarded on a new date.