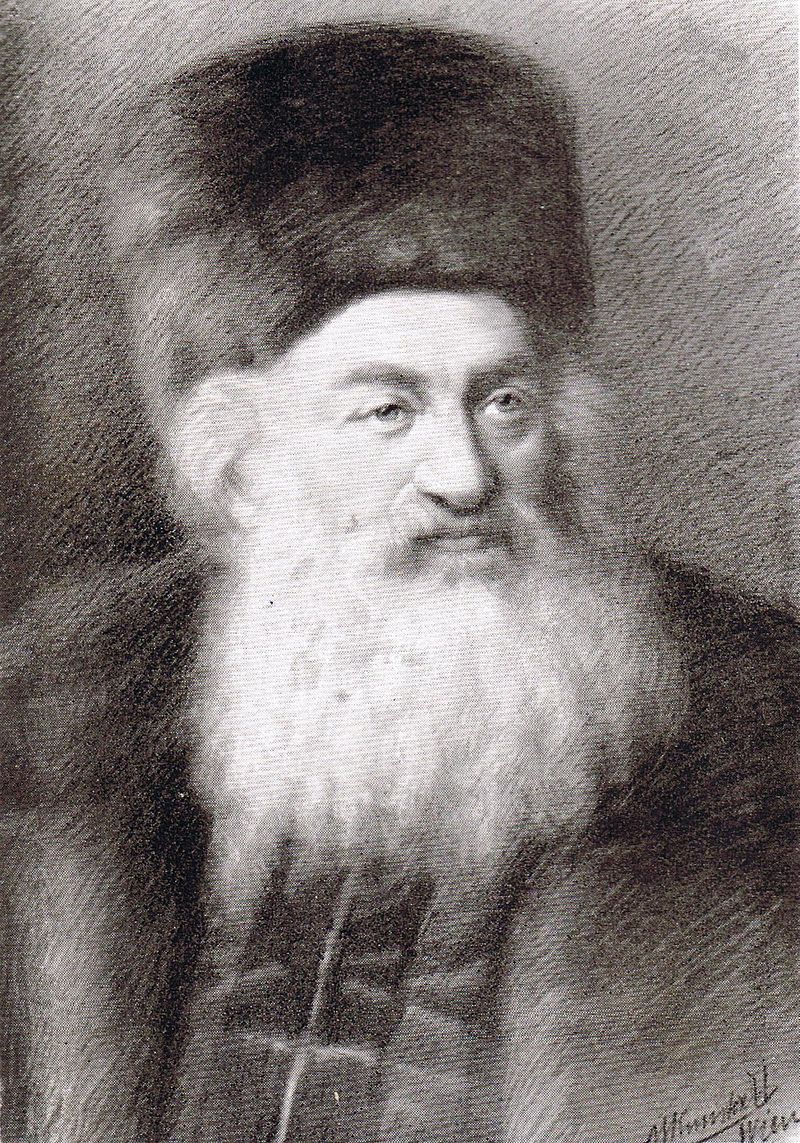 Born on 19th December 1820 in Pressburg (modern-day Bratislava), Szymon Schreiber was a rabbi of  the Jewish Religious Community in Krakow.  He held this position between 1861–1883. Schreiber was one of the first orthodox rabbis who took an active part in political life by co-founding an orthodx political party called Machzikej ha-Dat. As the party representative, he received a parliamentary seat at the Viennese Imperial Council and joined the Polish Party (Koło Polskie). Despite this, he was an avid opponent of the Polonisation process of the Jewish intelligence who, at that time, would eagerly join the University.   Instead, he wanted to set up a yeshiva in Krakow which would focus the youth more on religion. He opposed the construction of the Tempel Reform Synagogue.
Szymon Schreiber  died on 26th March 1883 in Krakow and was laid to rest at the Jewish Cemetery at Miodowa in Krakow.