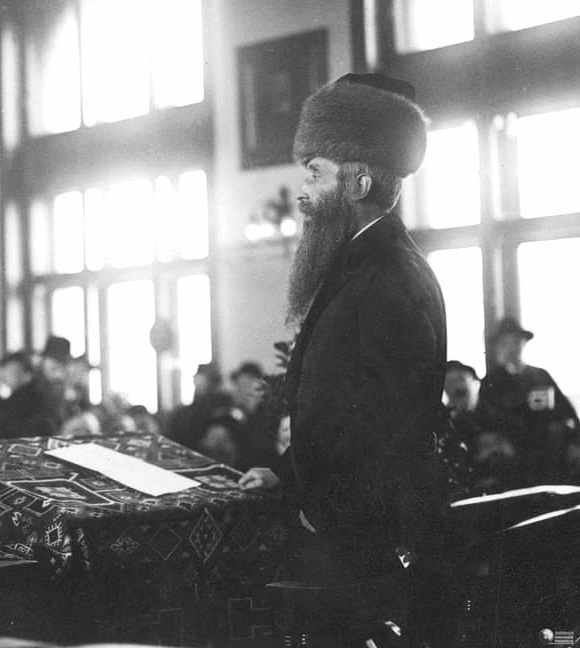 Born on 12th December 1880 in Krakow, Józef Kornitzer was the second last pre-war rabbi of the Jewish Religious Community in Krakow. He held this position between 1925–1933. A Pressburg (modern-day Bratislava) yeshiva graduate who worked as a rabbi in Wynohradiw, Czechoslovakia. In 1927, Polish president, Ignacy Mościcki visited the Old Synagogue. Józef Kornitzer was a grandson of Szymon Schreiber, a well-known Krakow rabbi (1861-1883). His own son, rabbi Samuel Kornitzer who acted a dayan, was murdered in Auschwitz.
Józef Kornitzer died on 28th April 1933 in Krakow and was buried at the Jewish Cemetery at Miodowa 55.