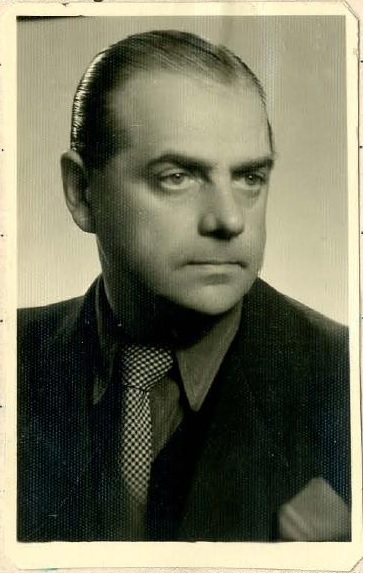 Born on 21st November 1908 in Sambor, Tadeusz Pankiewicz graduated from the IVth High School in Krakow as well from the Faculty of Pharmaceutics at the Jagiellonian University. A widely-known owner of  ”Apteka pod Orłem” (Under the Eagle Pharmacy) which is currently a part of the Historical Museum of Krakow. Having granted the occupant authorities’ permission, between 1941-1943, Pankiewicz ran a pharmacy in the ghetto. The pharmacy served as an asylum, a meeting point but most importantly, a place which offered help and storage of various items. In 1983,  he was distinguished with the Righteous Among the World Nations medal for all his help that he offered to Jewish people in the Krakow ghetto. Tadeusz Pankiewicz died on 5th November 1993. He was laid to rest at the Rakowicki cemetery. Tadeusz Jakubowicz, once said about Pankiewicz: ”He was a special person who cannot be skipped when discussing the occupation times in Krakow”.

Right after WWII, Tadeusz Pankiewicz wrote down all his war memories in a book entitled  ”The Krakow ghetto pharmacy” which has been republished many times. In 2013, the Historical Museum of Krakow published Pankiewicz’s biography written by Anna Pióro, entitled ”Magister Tadeusz Pankiewicz. Biografia”.