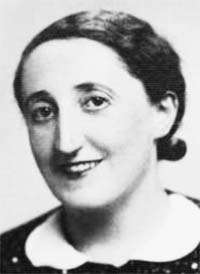 Born on 6th November 1902 in Drohobycz, Diana Reiter was one of the first female architects in Krakow who graduated from the Faculty of Architecture at the Lviv University of Technology. Member of the Local Architects Association in Krakow and the Association of Jewish Engineers. The buildings designed by Reiter in Krakow include two tenement houses located at  Beliny-Prażmowskiego 26 and  Pawlikowskiego 16. She worked at Kazimierz Kulczyński’s design office from August 1940.

Diana Reiter was murdered in August 1943 at the Płaszów upon the order of  Amon Goeth. Her tragic death was immortalised in memories of the survivors as well as in a film entitled Schindler’s List.