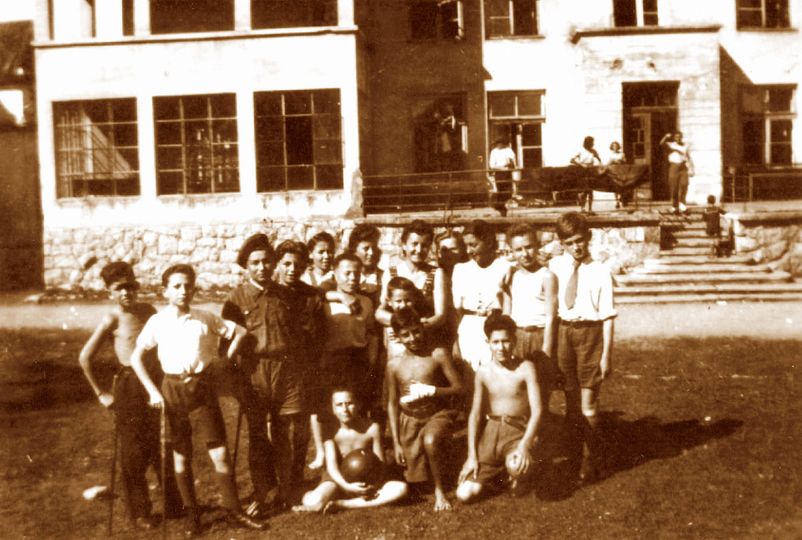 An orphanage for Jewish children in Rabka was closed down on 28th August 1945.

An orphanage for Jewish children in Rabka was closed down on 28th August 1945. In February, soon after the German occupation ended, a plan came up to open a care-therapeutic facility for Jewish children in Rabka. The facility was supposed to help to heal the difficult situation of the Temporary Assistance Commitee for the Jewish People at Długa 38 in Krakow. An orphanage for children returning from camps was also set up there. Finally, the facility in Rabka was opened at the break of June and July 1945 and was dedicated to the most sick children.  It included three buildings: the Stasin, Juras and Niemen mansion. The facility offered shelter to approximately 100 children from Krakow, Warsaw, Łodz and other cities.  The list of the young people who were in the facility in summer 1945 included 116 names of children who witnessed the ordeal of holocaust. The decision about setting up the facility received a backlash from the local community. Father Józef Hojoł, a well-respected local priest who ran a Catholic association, a scout troop and RE classes at the local school was leading the group of strong opponents of the orphanage location. Right after the liberation, a resistance cell of the Polish Home Army was set up at school.  A group of a dozen gymnasium students who belonged to the organisation made a scout team. Father Hojoł claimed that then Poland was ruled by the Jews and he considered it inappropriate to allow the facility to operate nearby. Apparently, he was the author of hate mail received by the orphanage. The letters were thought to be delivered by the scouts. They incuded blackmail – if the children don’t leave the orphanage and the Rabka area, repressive measures will be taken. Sadly, father Hojoł kept his promise. In August 1945, the local youth conducted three attacks on the orphanage but luckily there were no fatalities. As a result of living in constant fear, the children’s health deteriorated and their weight plummeted.

The picture shows a group of orphans from the Rabka orphanage in 1945. (Photo owned by the Yad Vaschem Museum).