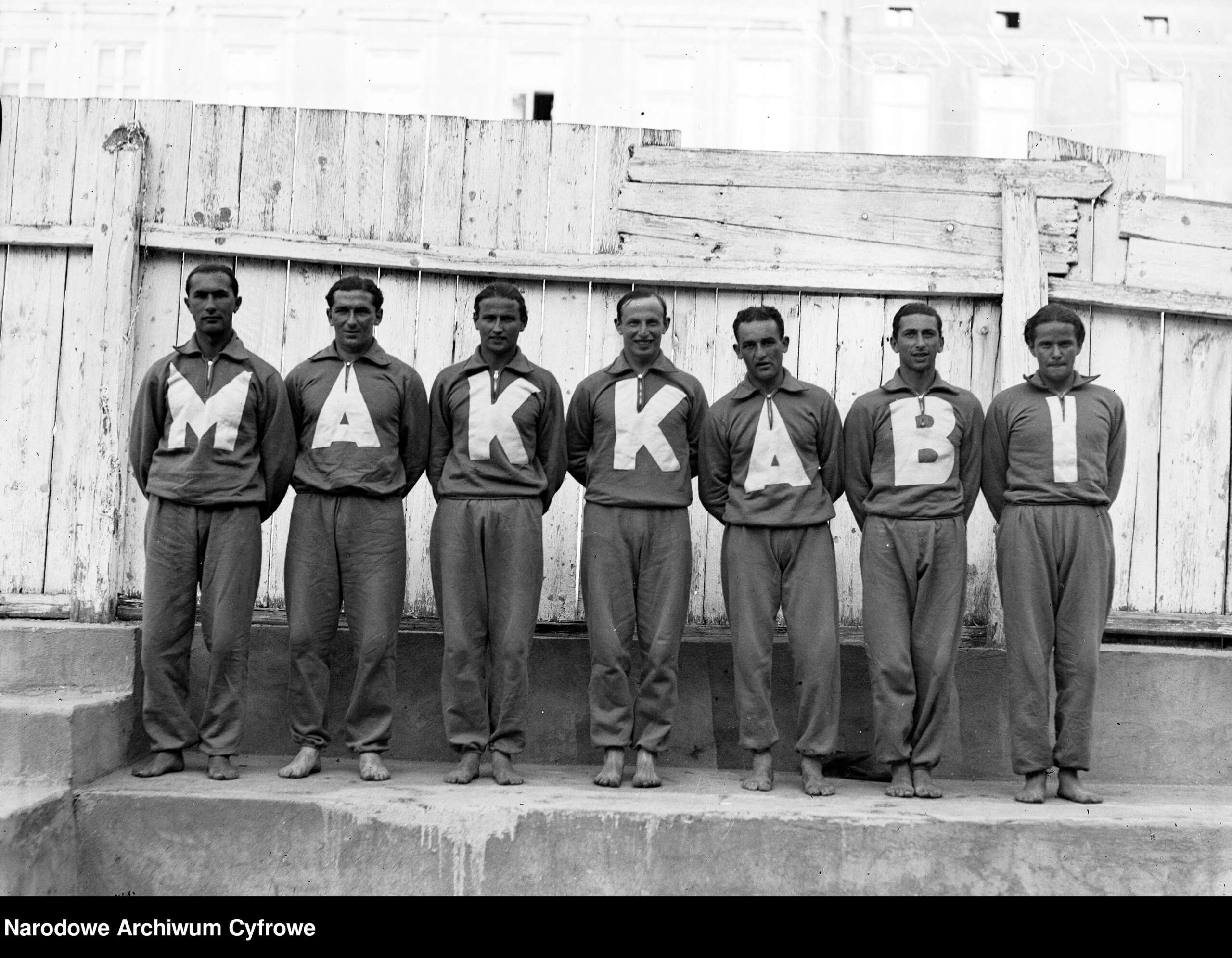 Following the idea to ”increase fitness in the Jews”, Makkabi Krakow, a Jewish sports club was set up on 21st July 1909. In 1932 there were seventeen sections and 1,018 members in the club.

The club emblem included the star of David surrounded by a circle with the letter M in the middle while the club colours were white and blue. Any Jewish boy or girl over 18 was welcome. The people behind the idea to set up the club were: Henryk Leser, Ignacy Mahler, Adolf Weissmann, Bernard Lermer, Józef Leserkiewicz, Franiciszek Scheuer, Józef Weiss, Józef Schönberg, Marian Korngold. The Makkabi Krakow stadium was located between Koletek and Dietla street. After WWII it was taken over by the Nadwiślan Krakow club. Sport in the Jewish community grew strong and developed rapidly in 1920’s and 1930’s. It is worth mentioning that the men’s voleyball section (set up in 1928) was a runner-up in the Krakow area and managed to defend the title for two years in a row. In 1929 the women’s volleyball team won 3rd place in the Krakow area. The Makkabi male basketball team reached a second place in a tournament organised to celebrate the name day of Marshall Józef Piłsudski, while the women’s volleyball team won 3rd place at a district level in 1930. The table tennis section was also successful, winning a tournament in Krakow in 1932.  During the inter-war period the athletics section grew strong with Maryla Freiwald being a three-time Polish champion in the long jump and 80m hurdles. The ice hockey and ice-skating sections are worth mentioning, too. The largest ice tracks with the area of 3,800 sqm were located on the corner of Koletek and Dietla streets. During the peak season in late 1929 and early 1930 nearly 30,000 people used the track. However, the most successful section of Makkabi was waterpolo. The team won the Polish Seniors Championship 4 times (between 1928 – 1932). The matches were organised at a now non-existent swimming pool in the Krakow park.

Makkabi was associated with the Zionist movement.

”Games between Zionist Makkabi and left-wing Jutrzenka sparked lots of emotions, competition and tension”, says Piotr Figiel. Makkabi did not hesitate to open a tactic alliance with the anti-Jewish club Wisła, while the left-wing Jutrzenka received the support of the democratic Cracovia”. The term ”holy war” which is now associated with the Krakow derby game played between Wisła and Cracovia, was in fact coined for the fierce games of the Jutrzenka and Makkabi players.

Sadly, the ordeal of holocaust killed the Jewish sport in Krakow.