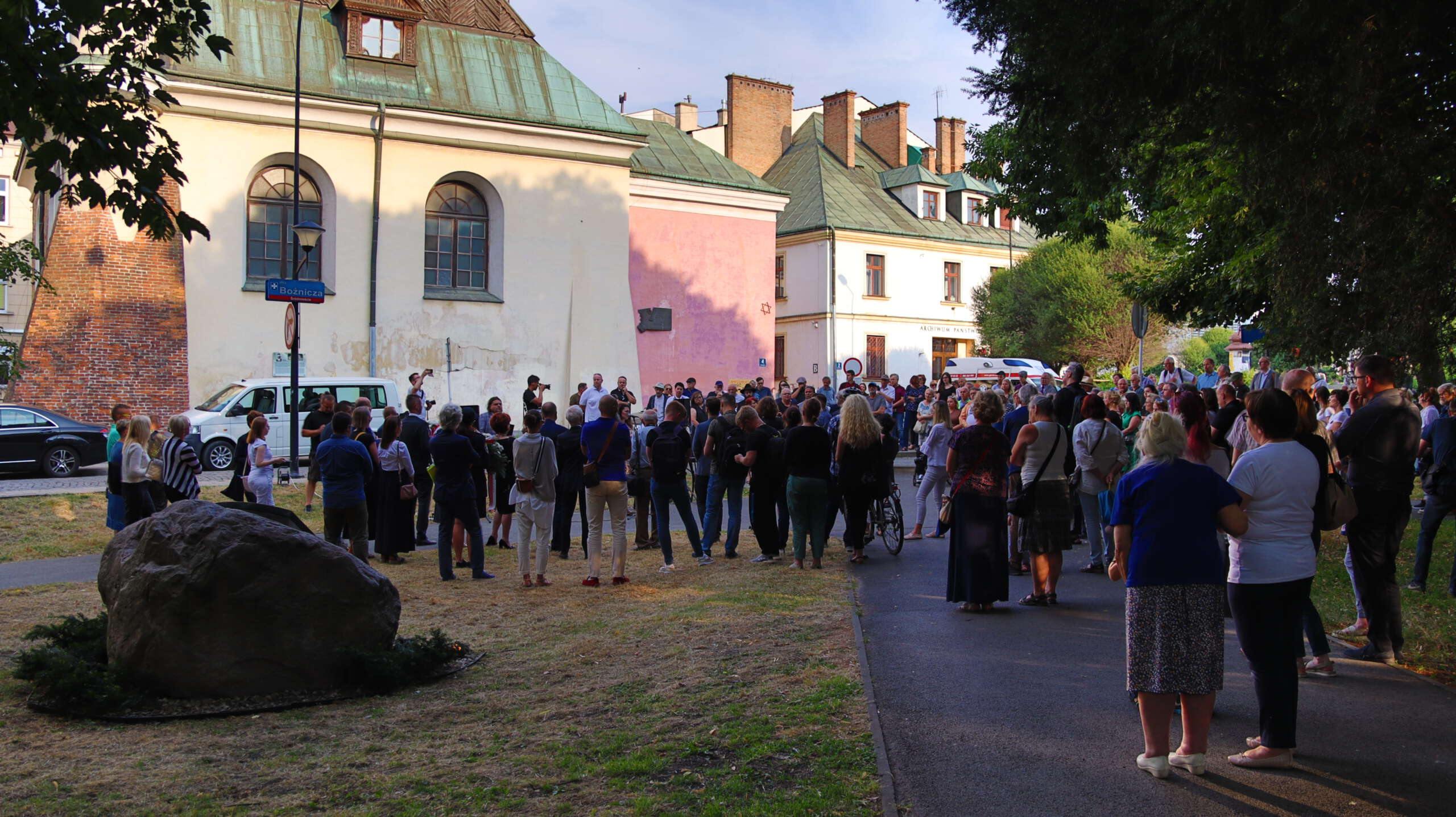 March of Remembrance in Rzeszów

On 7th July 2022, the Jewish Religious Community in Krakow represented by Michał Zajda and Michał Zieliński took part in celebrations of the 80th anniversary remembering the Jewish deportation from the Rzeszow ghetto.

The March of Remembrance and the unveiling of a plaque at the Rzeszow Staroniwa station was organised by Stowarzyszenie Rajsze, Fundacja Rzeszowska and Stowarzyszenie Działamy Rzeszów. The honorary patronage over the event was taken by Konrad Fiołek, Mayor of Rzeszów, who also participated in the celebrations.

We would like to thank the organisers and all participants of the celebrations for commemorating the Rzeszow Jews.