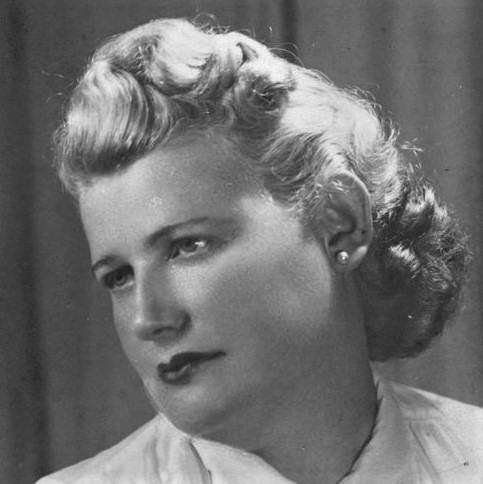 Maria Róża Jakubowicz , daughter of Abraham Pistol, was born on 1st May 1918  in Dobczyce.

Maria Róża Jakubowicz was described by Sławomir Pastuszka in Nasza Gmina (Our Community) as the epitome of a Jewish woman who was called ” The Community’s Mother” by the Jews in Krakow.  Her incredible personality contributed to creating a close bond between the Krakow Community members. Jakubowicz’s special character allowed them to feel the atmosphere of a real Jewish home that was lost by the majority of members during holocaust.  Her heroism and bravery during WWII are admirable. After getting to Krakow in June1945,  Maria Jakubowicz got involved in the work for the Regional Jewish Commitee at Długa 38. Her main duties included looking after children, mostly orphans, who survived on the Polish territory and who were repatriated from Polish orphanages in the Soviet Union. Thanks to her engagement, lots of children received new clothes, school supplies as well as hot meals. Following Maria and Majer’s (her husband’s) efforts, a vast majority of them managed to go to Israel where they could live freely as Jews.

Founded in 1945, the Jewish Religious Association, which changed its name into  Kongregacji Wyznania Mojżeszowego in June 1946, served as the Community by organising the religious life as well as by dealing with administration and social welfare. Majer Jakubowicz was the first Chairman while Maria was actively engaged in the Community’s life. She transformed the HQ from regular offices into a real Jewish home where everyone felt welcome. It was a place filled with the spirit of Jewish tradition, which was particularly important, as practicing it in the post-war reality was virtually impossible.  Her life story is a testament to incredibe female power. Maria Jakubowicz showed huge courage and charisma during holocaust. Moreover,  she combined her incredible drive and involvement into social work for the Jewish Religious Community in Krakow during challenging post-war times, when the country was struggling with a difficult socio-political situation.  Her dedication, help and empathy were invaluable. Everyone knew Maria Róża Jakubowicz. We admired her composure, kindness, smile and her authentic interest in our private matters and issues. Showing hospitality during all meetings, Maria Jakbowicz was always ready to offer some good advice and lift one’s spirits in challenging times.  While celebrating Jewish holidays, she was able to create a warm, friendly atmosphere for all Community members, making everyone enjoy and appreciate the time spent together.

Maria Róża Jakubowicz died on 30th December 2007 in Krakow. She was laid to rest in the main alley of the new Jewish Cemetery at Miodowa street.  One of several obituaries published in Dziennik Polski read:  ”A noble person with a huge heart and an open mind who devoted her life to others; an irreplaceable guardian of those in need”.