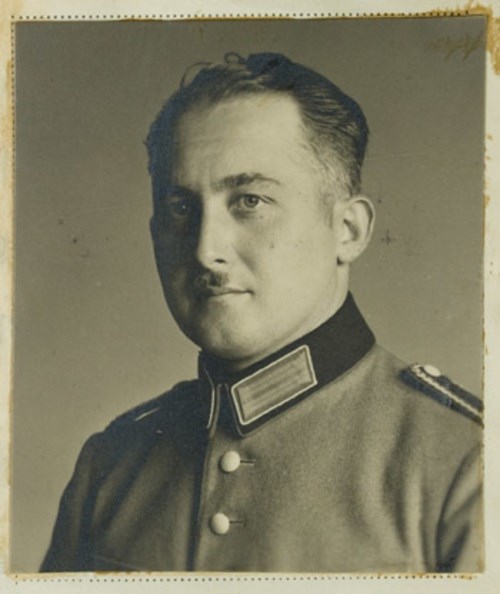 Born in Vienna on 23rd February 1907, Oswald Bouska  was a German Police officer working in Cracow during WWII, awarded a Righteous Among the Nations medal in 1964.

Oswald Bouska was a high-rank police sergeant working at a police station responsible for Cracow’s ghetto. A zealous Nazi at first , after witnessing the way the Jews were mistreated, Bouska changed his mind. Durig his work in Cracow, he helped Cracow’s Jews by working with Julius Madritsch (pronounced a Righteous Among the Nations), the owner of a sewing room located at Rynek Podgórski3 which offered empoyment to around 800 Jews and Poles. At the end of 1942, Madritsch found out that all children from the ghetto in Cracow would be deported. Thus, he decided to save some of them using Bouska’s help. At nights, childrem and their mothers were smuggled from the ghetto to Madritsch’s factory. For the time of the operation, the youngest children were sedated with sleeping pills and carried out in bags to prevent being noticed. After the ghetto’s liquidation which took place on 13th March 1943, plenty of Jews were still hiding in basements and bunkers located in the ghetto.  Once again, Bouska used his position to bring help by moving many people to Madritsch’s sewing room. Scared of being dispatched to the front line, Oswald Bouska deserted in 1944. However, the police officer was captured, brought to justice and accused of betrayal and falsification of documents. As a result, he was sentenced to death.

Oswald Bouska was executed on 18th September 1944 in the Gross Rosen concentration camp.