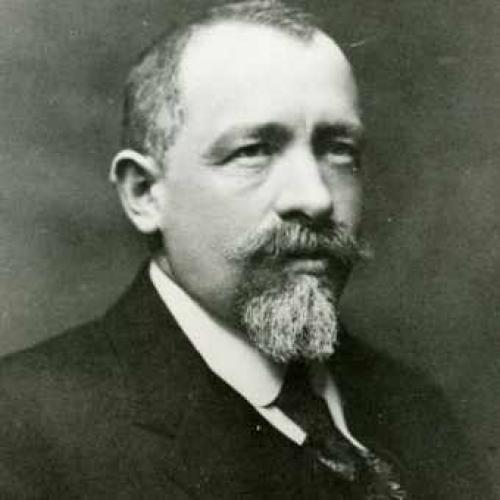 Born on 20th February 1877 in Lviv, Majer Bałaban was a historian and a researcher of the Jewish history on Polish soil.  An author of „Historia Żydów w Krakowie i na Kazimierzu 1304-1655” (”The History of Jews in Cracow and Kazimierz 1304-1655”), a monumental work for the history and identity of the Cracow Jews. The two-volume book, which took nearly 25 years to write, was pubished in Cracow in 1936. Its reprint by Austeria , a Cracow publishing house,  came out in 2013.

Bałaban received thorough education which he started at a cheder in Lviv.  In 1890, he graduated from the C. K. 4th Gymnasium in Lviv. Between 1895–1904 Bałaban studied history, philosophy and law at the John Casimir University in Lviv. He obtained his PhD title in 1904. A great supporter of the Zions. Bałaban was the creator of the school of history of the Jews in Poland.  He developed a modern, currently known way of historians’research work , which is based on rich database sources. Jakubowski’s works were published in Polish, German, Yiddish and Russian. His works include mainly monographs dedicated to local Jewish communities. He was fascinated with the history of the mystical-messianic movements which he described in great detail.  Apart from the abovementioned books,  Bałaban’s most notable works include: Żydzi lwowscy na przełomie XVI i XVII wieku (The Lviv Jews at the turn of XVI and XVII century) (1906), Dzieje Żydów w Galicyji i w Rzeczypospolitej Krakowskiej 1772-1868 (The History of Jews in Galicia and in the Republic of Cracow 1772-1868 (1916), Die Judenstadt von Lublin. (1919), Z historii Żydów w Polsce. Szkice i studia (The history of Jews in Poland. Drawings and cases) (1920), Historia i literatura żydowska, ze szczególnym uwzględnieniem historii Żydów w Polsce (Jewish history and literature featuring the history of Jews in Poland) (1925), Zabytki historyczne Żydów w Polsce (Jewish monuments in Poland) (1929), Żydzi w Polsce (Jews in Poland) (1930), Żydzi w powstaniu 1863 r (Jews in the 1863 uprising) (1938). After WWI he moved to Częstochowa where he held the position of the principal of a Jewish School. However, in 1920 Bałaban moved to Warsaw where he worked as a principal of the ”Tachkemoni” Rabbi Seminar for 10 years, until 1930. He was a lecturer of the Jewish history and culture at the Warsaw University, where he obtained a university professor title in 1935. He put a lot of effort into setting up The Instutute of Judaic Studies where he worked until the WWII outbreak.

In 1940 Bałaban was moved to the Warsaw ghetto where he was in charge of the Judenrat Archive Department . He became a Chief Rabbi at the Nożyk Synagogue in 1941.

Majer Bałaban died on 26th December 1942.  The cause of his death is unclear.  According to one version, he commited suicide. Bałaban was buried  at the Jewish cemetery at Okopowa street in Warsaw.