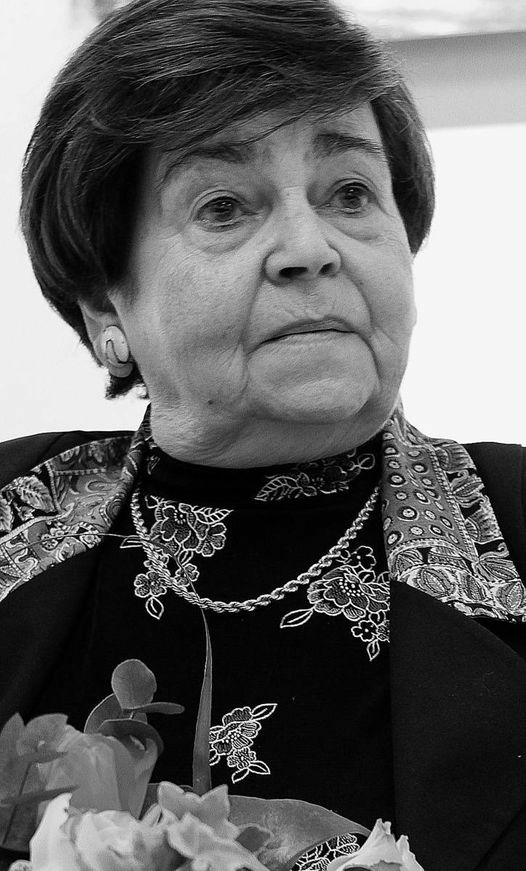 Stella Müller-Madej, the daughter of Zygmunt and Berta, neé Bleiweis, was born on 5th February 1930 in Cracow, in a well-off, assymilated family. One of Oscar Schindler’s survivors, the author of a harrowing memoir „Oczami dziecka” (Cracow, 1991) / („A girl from the Schindler’s list”)  translated into nine languages.

In 1941, Müller-Madej got to Cracow’s ghetto,  followed by a camp in Płaszów afterwards. She was transported to KL Auschwitz in 1944, where, as a Jewish woman, was sentenced to death. However, thanks to her uncle’s intercession,  Müller-Madej was added to the so-called ”Schindler’s list”. Together with other prisoners from the list, she was transported to the  Brunnlitz factory in Morawy where she lived to see the liberation day in 1945.  In the USA, Müller-Madej’s memoir describing the occupation times is compared to ”The Diary of a Young Girl” by Anna Frank. The second volume of  Stella Müller-Madej’s memoir,  „Dziewczynka z listy Schindlera. Lata powojenne” (”A girl from the Schindler’s list. Post-war years”) was published in 2001.

Stella Müller-Madej passed away on 29th January 2013. She was laid to rest at the Rakowicki Cemetery in Cracow.

Stella Müller-Madej is the author of some of the most harrowing descriptions of the orphanage liquidation  which took place on 29th October 1942 at Józefińska street (the current location of the former orphanage is across Na Zjeździe street, leading to Lwowska street. A stone commemorating this event was placed on the pavement in the exact place of the former orphanage building).

The following, horrifying  excerpt is a unique, first-hand account of this shocking crime. It is truly special, as its author was one of the few people who survived the war and bore witness to this harrowing event.

„There is dead silence in the room. Children’s horrible screaming, crying for help and disgusting laughter of amused Germans can be heard coming from the outside. They are dropping children from the windows on cars. They miss sometimes. On the other side of the street there is one of them, too.  Shooting falling children. A girl escaped the gate, she is running in the middle of the street, holding a doll tight to her chest. I cannot take my eyes off her. She is less than five years old. A man-at-arms crouched. A shot can be heard. The girl is lying still, holding the doll. A red pool of blood around her is getting bigger and bigger. The atmosphere of insanity could be sensed in the room. To avoid screaming, women are scratching their faces so much, they start bleeding. They are holding their kids so thight, that they are whining. The louder the kids on the cars cry, the louder the Germans laugh. A man is saying a prayer in the room. How is he even doing this? How can he do it now? – I am thinking in a state of total numbness. Cars with children drove away. There is a tiny square with a statue of the Virgin Mary across our house. People are being rushed there. It is so packed,  it looks like a human pyramid. The heat is unbearable. There is no trace of shade on the market. People are fainting, trampling each other. You can hear people screaming, begging for water and the Germans’ shouting „Ruhe, ruhe! Verfluchten Juden!”