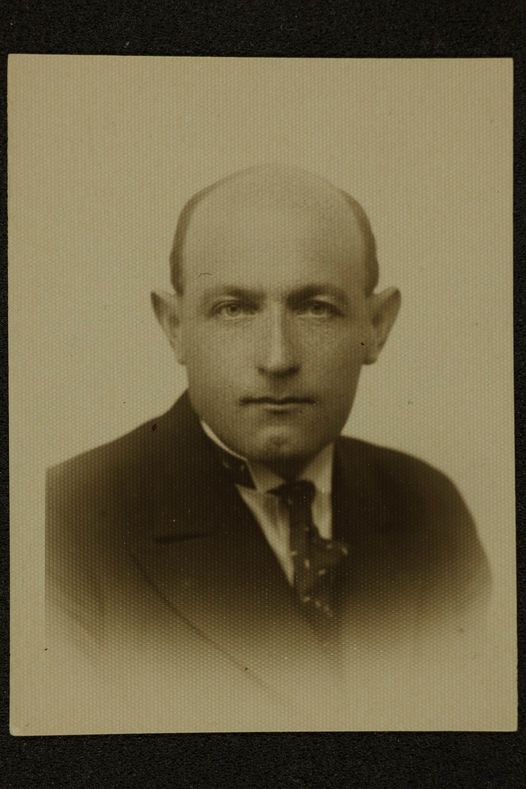 Wiktor Rudolf Ormicki (Nussbaum), the son of Fryderyk Wilhelm, a lawyer and a rail official and Salomea, neé Amenis – a Geography lecturer at the Jagiellonian University, was born on 1st February 1898 in Staroniwa, one of Rzeszów’s discticts.

After graduating from grammar school and completing military service in the Austrian army, Nussbaum started studying at the Law Department of the Jagiellonian University.  In  the face of the Polish – Soviet  war, he ceased his education and joined the Polish Army. After coming back from the army in 1922, Nusbaum resumed his education, this time studying Geography in the Department of Philosophy at the Jagiellonian University.

The surname-change decision that he made in 1924 was a huge milestone in his life. He was no longer Nussbaum. He became Wiktor Rudolf Ormicki.  It is likely that his future wife, Maria Irena Czałczyńska , had an influence on the name change. In 1926 Ormicki defends his PhD thesis and becomes a senior assistant at the Institute of Geography at the Jagiellonian Unversity two years later. Four years on, in 1930, Ormicki becomes a professor of Economical Geography at the Jagiellonian University. It is worth mentionig that his postdoctorial thesis was awarded with the Polish Commitee of  International Intellectual Cooperation award, which meant including his thesis on the top 20 list of the best literary works of that year. In May 1938 Ornicki achieved a Bronze Medal for his Long-term Service. He was given the award by the Jagiellonian University rector. Ornicki was one of the most gifted Polish geographers of the inter-war period.  He is the symbol of martyrdom of the Polish scholars who were persecuted by the Germans during WWII. The persecution started on 6th November 1939 with Aktion gegen Universitäts-Professoren (referred to in historiography as Sonderaktion Krakau ), when 183 Cracow’s scholars were arrested. Ornicki was murdered by the Germans in the Mauthausen-Gusen camp at night on 17th / 18th September 1941. The official cause of his death given by the Germans was cardiac arrest.