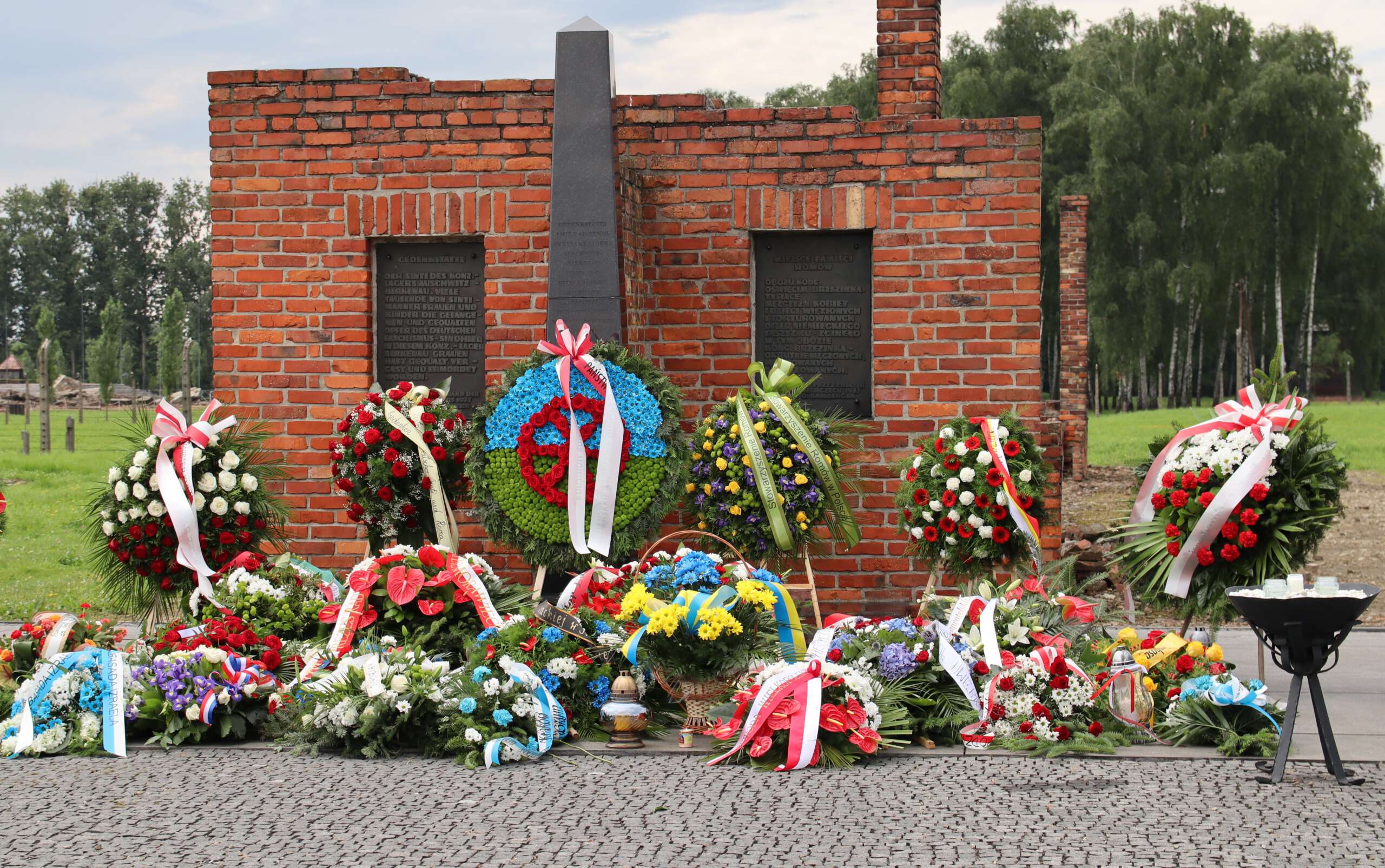 European Day of Remembrance of the Roma and Sinti Holocaust Victims

On 2 August 2021, the 77th anniversary of the liquidation of the “Family Camp for Gypsies” in the concentration camp of Auschwitz, members of the Jewish Community of Kraków together with the Chairman of the Board, Tadeusz Jakubowicz, took part in the ceremony of remembrance of the Roma and Sinti Holocaust Victims, at the Auschwitz-Birkenau Museum.

Taking part in the ceremony were: Roman Kwiatkowski (president of the Roma association in Poland), Piotr Cywiński (director of the State Museum of Auschwitz-Birkenau), Romani Rose (president of the Central Council of German Roma and Sinti) and Włodzimierz Bernacki (Permanent Secretary, Government Representative for the monitoring of the reform of higher school education and science, who read a letter from Prime Minister Mateusz Morawiecki), the Vojevod of Lesser Poland Łukasz Kmita, Dan Doghi (European Commission) and representatives of central and local government, associations and members of the diplomatic corps.

The extermination of the Roma and Sinti in the Second World War was carried out in order to murder each one of them without exceptions.

In 1933, when Hitler was elected by the Germans, the Roma and Sinti began to lose their civil rights. In 1938, a decree titled “Fight against the Gypsy plague” stated that mixed-race Gypsies were the most likely to be criminals. Precise rules on who is a gypsy were given by Himmler on August 1941 and encompassed three generations (in the case of Jews two). Two Gypsy great-grandparents would mean death. The extermination of Gypsies began in occupied Poland at the end of 1941.

In the middle section of the Auschwitz-Birkenau camp, on an area 120 by 600 metres there was the “Family Camp for Gypsies”, which had 32 mixed barracks and 6 sanitary ones. According to camp records there were 23,000 Gypsies, who were initially forced to build the camp. This “camp within the camp” existed for about 18 months until its liquidation on 2 August 1944, when 3,000 Roma and Sinti were gassed in one night. The task was not easy, as the Roma and Sinti reacted and even attacked the guards. About 20,000 Roma and Sinti were killed by starvation, slave work, medical experiments, disease but mostly by being gassed.

An estimated 500,000 people were victims of the Porajmos (Devouring), that is, the German extermination of the Roma and Sinti during the Second World War.