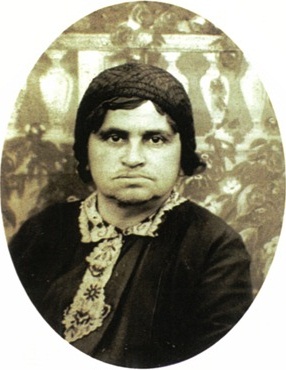 Sara Schenirer was born in Kraków on 3 July 1883. She was the daughter of Betzalel and Róża of the Lach family. She was the founder of the Beis Yakov School System.

She grew up very religious and wanted to learn more about the world. Not being able to find such a school, she attended lectures in Polish. She met R. Dr. Moshe Flesch in Vienna and eventually, having talked to her brother and to the Belzer Rebbe, in 1917 she opened a school in her seamstress studio on ul. Katarzyna 1 in Kraków. The school was a great success and seeing that there were not enough teachers for Jewish girls, she opened a teacher’s school on ul. Stanisława 10, where from 120 teachers graduated in 1937.

By the time of her death, there were already 250 Beis Yakov schools, also out of Poland.

She died in on 1 March 1935 in Kraków, may she rest in peace and was buried in the new Jewish cemetery in Podgórze (part of the municipality of Kraków). In 2004 a symbolic gravestone remembering her was placed there.

By Dr D Cohen, based on the Polish text