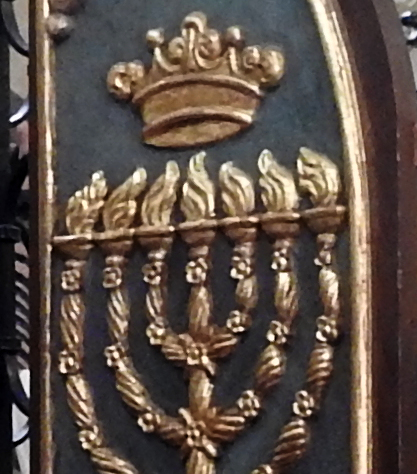 note: all photographs were taken with proper respect to Jewish Laws and only the Jewish Religious Community of Kraków is allowed to reproduce them

This morning, bright and early, as it often happens, a large group of religious Jews came to pray Shacharit at the Remuh Synagogue. The prayers were very joyful and the walls of the Synagogue shook with the intensity of the faith of the visitors, whom we welcomed with open arms. As often said, we do not discriminate on minhag and do not impose ours on others.

The sun shone onto those who were praying, as if to give witness of the harmony of Creation.

After the beautiful daily prayers, our friends visited the Remuh Cemetery.

Later, the Gabbai was kind enough to show our visitors Torah scrolls prepared for burial, as well as the Beit Tahara (pre-burial house).

Before visiting the large New Cemetery (18th century), they gathered silently at the monument to those who were murdered in the Shoah, may their souls rest in peace.

opinions expressed in the text belong solely to the author, and not to the author’s employer, organization, committee or other group or individual.