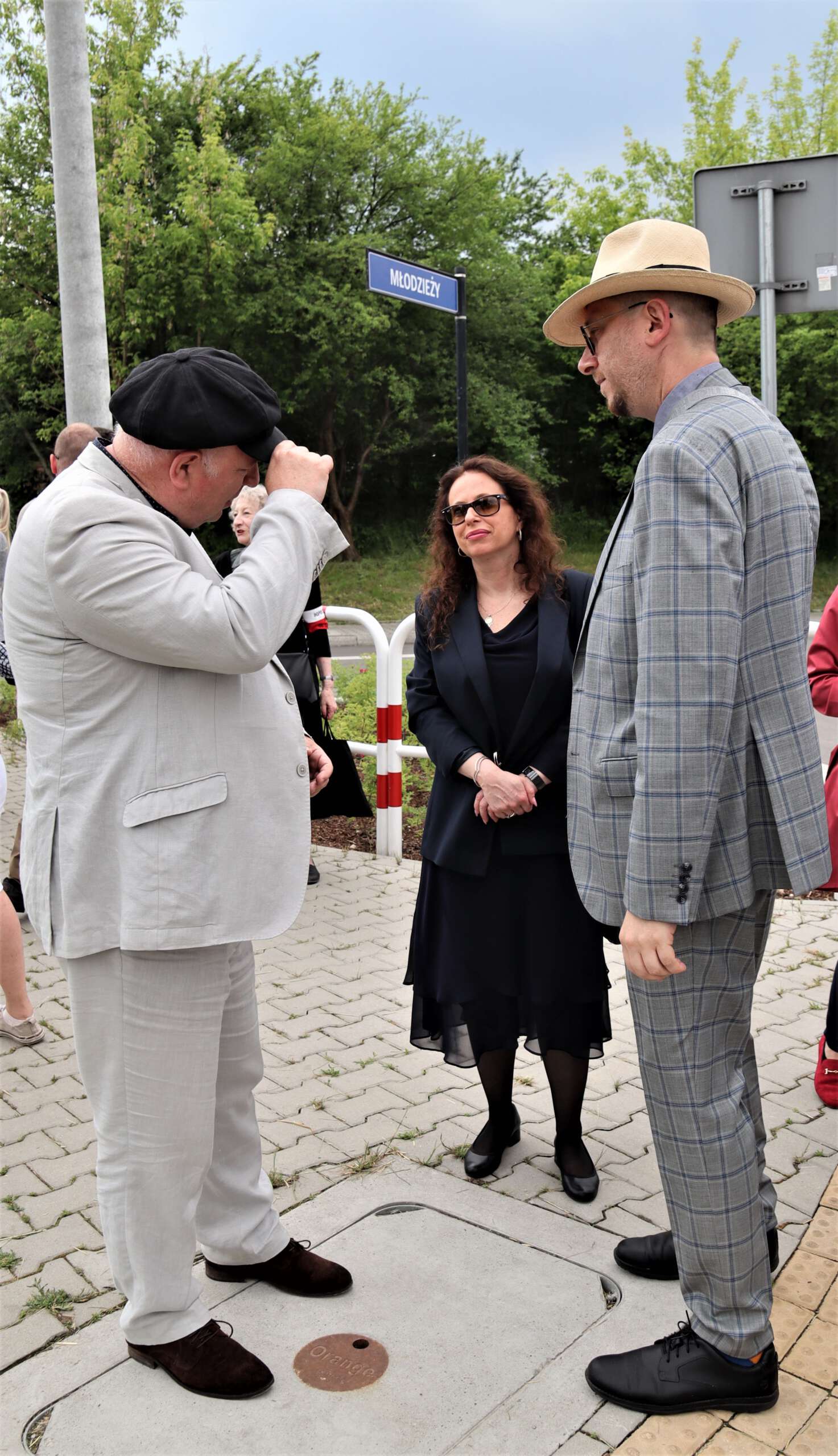 Unveiling of plaques in Prokocim

Plaques dedicated to the victims of the forced labour camps of Julag II and Baudienst were unveiled on the last 11 June at midday, on ul. Podmiłów and on the corner of Bieżanowska and Młodzieży in Kraków-Prokocim.

Present at the ceremony were: Counsellor Tal Ben-Ari Yaalon, Chargé d’affaires, a.i., of the Embassy of Israel in Poland; the Chairman of the Council of the City of Kraków, Dominik Jaśkowiec; the substitute of the President of the City of Kraków, Bogusław Kośmider, the Chairman of the Council of the 12th district of Kraków, Zbigniew Kożuch; the Director of the Institute of National Remembrance (INR) in Kraków, Cecylia Radoń; the Director of the Galicia Jewish Museum, Jakub Nowakowski as well as counsellors of the City and of the 12th district, 12th district Counsellor and INR curator Marek Węgrzyn and members of the Society of Friends of Prokocim with its President, Andrzej Ulman.

The Jewish Religious Community was represented by the Deputy Chair of the Board, Helena Jakubowicz.

We would like, in the name of the of the Jewish community of Kraków, to thank everyone who supported the creation of these Places of Memory.

The Julag (Judenarbeitslager) II in Prokocim was built in 1942 and was on ul. Cmentarna. On an average day, 1700 people could be found there, and in total about 2500-3000 people. The camp was directed by notoriously sadist and coward Ludwig Hessler, may his name be forgotten and live in infamy, who was first imprisoned then executed in the ul. Montelupi prison. According to the testimony of Hessler, 40-50 people were murdered daily in the Julag II (historians regard this as a low estimate) – the bodies of the victims, may they rest in peace, were buried in the nearby cemetery.