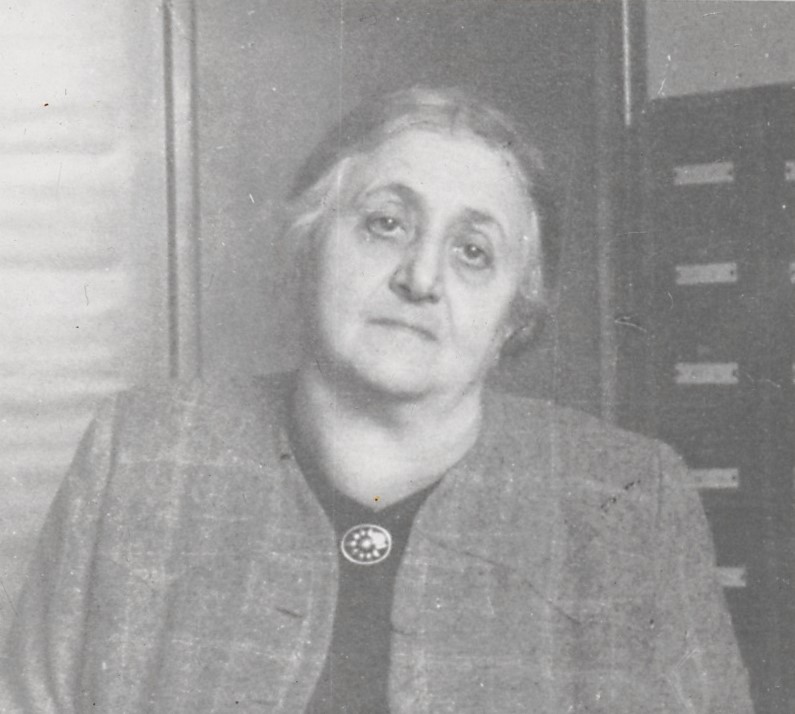 In 1915 she started to study Philosophy in the UJ, where she also studied history of art and archaeology. After the completion of her studies she began to work in the JL, taking care of visual collections and Jewish Old Testament iconography. She was quickly among the best researchers of the middle ages. After the beginning of the was she went to Lvov but eventually was caught and placed in a ghetto, from which she escaped to Romania, hiding in Bukovina and then in a convent in Bucharest. After the war she went back to work in the JL. Although having the possibility to go back to live in Israel, she did not, and preferred not to leave “her” collections. She was very engaged in the life and activities of the Library. In 1955 she was awarded the title of professor extraordinary and in 1959 of full professor.

She died on 25 December 1967 in Kraków, may her soul rest in peace. She left all her possessions to the UJ. She is buried in the new Jewish cemetery on ul. Miodowa.