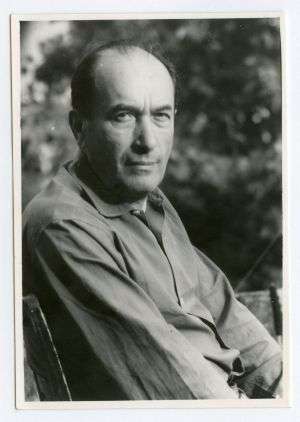 Artur Stefan Nacht-Samborski was born on 26 May 1898, originally Artur Nacht. His parents were Joel Nacht and Sara Weindlig. He was a painter and a professor, in Sopot, of the Gdansk Higher School of Plastic Arts, as well as a professor of the Academy of Fine Arts in Warsaw.

He studied painting from 1918 to 1921 in the Academy of Fine Arts in Kraków under Józef Mehoffer and Wojciech Weiss. In this free time he liked to box. During the occupation he was in Lvov. Rescued from the ghetto of that city by friends, he hid near Warsaw with the assumed name of Stefan Samborski. He legally changed his name in 1956 into Stefan Artur Nacht-Samborski.