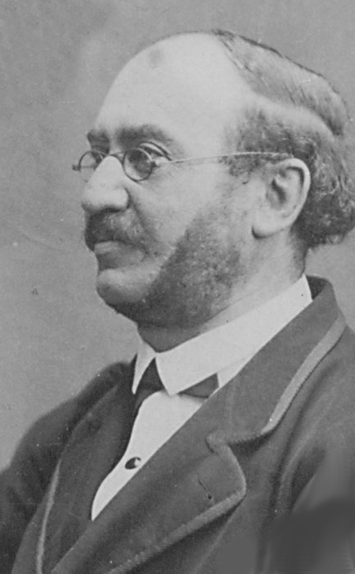 Józef Oettinger was born on Tarnow on 7 May 1818. He was a medical doctor, a historian of medicine, and the first Jewish professor of the Jagiellonian University.

His parents died when he was 5 and he was taken care of by a Kraków merchant, his uncle Jakub Adler, who lived in Kazimierz. After school, he started to read Philosophy in the Jagiellonian University and two years later he began medicine. In 1843 he was given the title of doctor in Medicine and a year later he began work in Kraków’s Jewish Hospital. During the “Springtime of the Peoples” he took part in the National Committee, created by the Patriots, as a representative of Jewish intellectuals. He believed in the inevitability of working together with the Poles for he independence of the fatherland. He supported the equality of rights, independently of faith or origin.

He also taught medicine in the University. In 1863 the Medical Department supported his habilitation [a pre-professorial degree]. But the Viennese authorities [Kraków was under the control of Vienna] did not confirm it, since as a delegate of the Jews in Kraków, in a conference in Vienna, he had advocated for the rebirth of a motherland for the Poles and one for the Hungarians.

This was seen as disloyalty. After reforms made by Francis Joseph I, his “habilitation” was confirmed in 1869 and in 1873 he was given the title of professor.

He died on 2 December 1895 and he his buried in the Jewish Cemetery on ul. Miodowa.

Photograph taken from the Archive of the Jagiellonian University