On 19 April 1943 at 6 AM the Germans went into the Warsaw Ghetto and were met with “strong and planned counterfire from Jews and bandits. The tank and armoured cars that were involved in the operation were attacked with Molotov cocktails. The tank was set on fire twice. This attack from the enemy caused the initial retreat of the units involved in the operation” – such was the report of the SS and police commander of the Warsaw district, who would then become the executioner of the Warsaw ghetto, Jürgen Stroop. So began the uprising of the Warsaw ghetto, that is, the heroic reation of people who were sentenced to death just because that they were born. 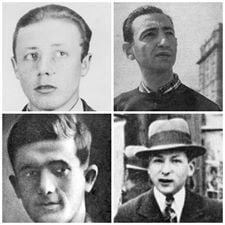