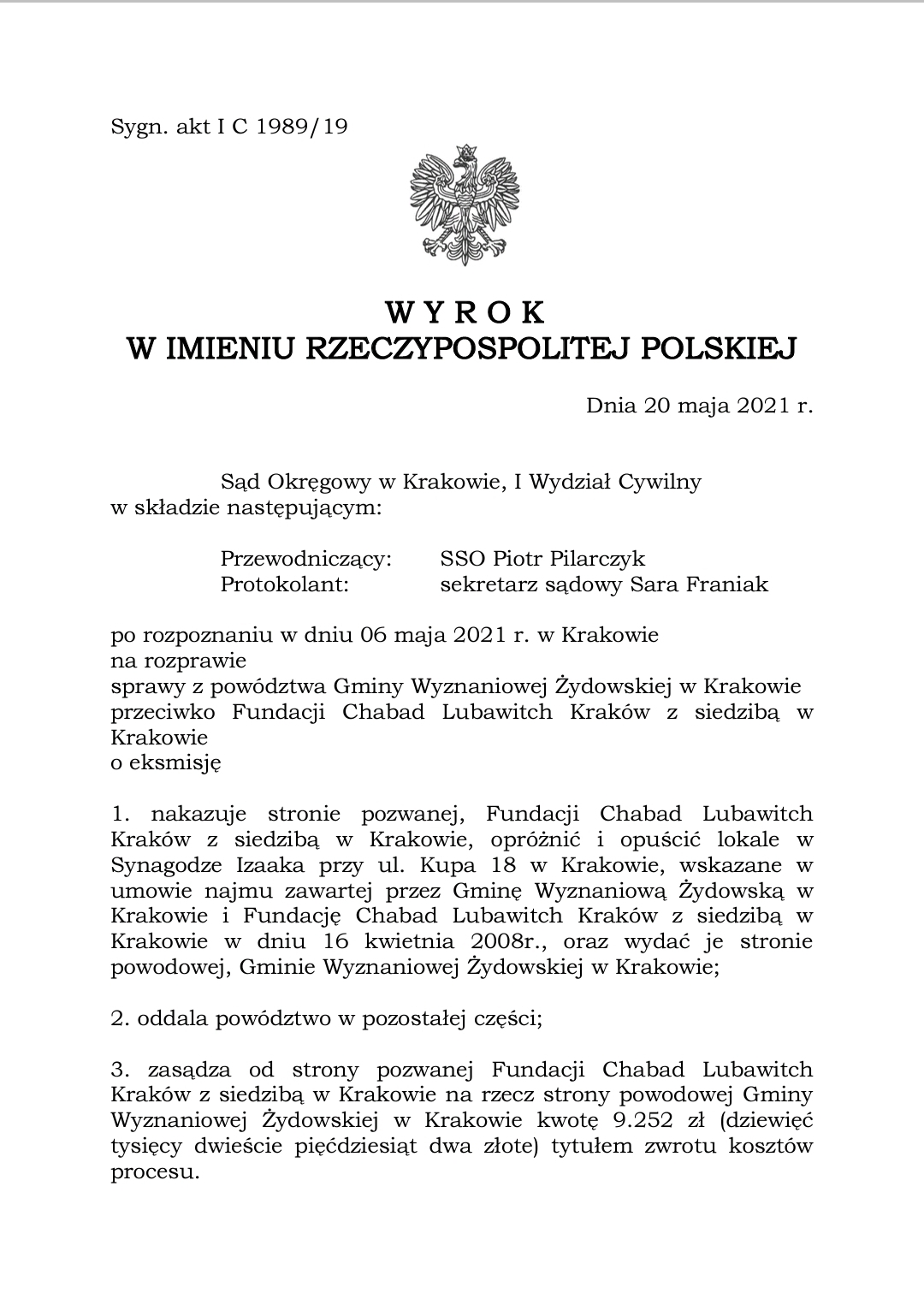 We present the decision of the District Court of Kraków in the matter numbered I C 1989/19, dated 20 May 2021, published at https://gwzkrakow.pl/2021/05/26/ogloszenie/ in which the Chabad Lubawicz Foundation is ordered to leave the Izaak Synagogue. A courtesy translation, by Dr D Cohen, could be:

Decision in the name of the Polish Republic

The District Court of Kraków, First Civil Court represented as:

following the hearing of 6 May 2021 in Kraków, in the matter of the Jewish Religious Community in Kraków v. the Chabad Lubawitch Foundation Kraków with seat in Kraków regarding

3. judges that the Chabad Lubawitch Kraków Foundation with seat in Kraków to pay the Jewish Religious Community in Kraków the sum of 9,252 PLN as compensation for judiciary costs.

The above translation is non-binding and the sole responsibility of the author. The official text is the one published in Polish and again this is just a courtesy translation.