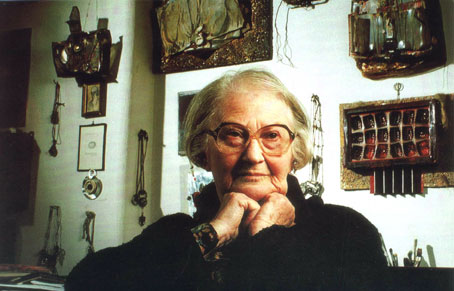 Erna Rosenstein was born on 17 May 1913 in Lvov. She was a Jewish painter and poet, who studied at the Vienna Academy for Women (1932-34) and at the Academy of Fine Arts in Kraków (1934-36). She was linked to the Kraków Group, and had a very close artistic friendship with Jonasz Stern. During the Second World War she stayed in the Lvov Ghetto and then hid in Warsaw and Częstochowa. After the war, she worked, among others with Tadeusz Kantor and Jonasz Stern within the Kraków Group. In 1949 she married Artur Sandauer and went to live in Warsaw. After the war she published several poetry books and was a fertile painter.

Photograph © Jacek Kucharczyk, shown under fair use. Taken from https://web.archive.org/web/20071008191529im_/http://www.usakowska-wolff.com/Images/erna.jpg