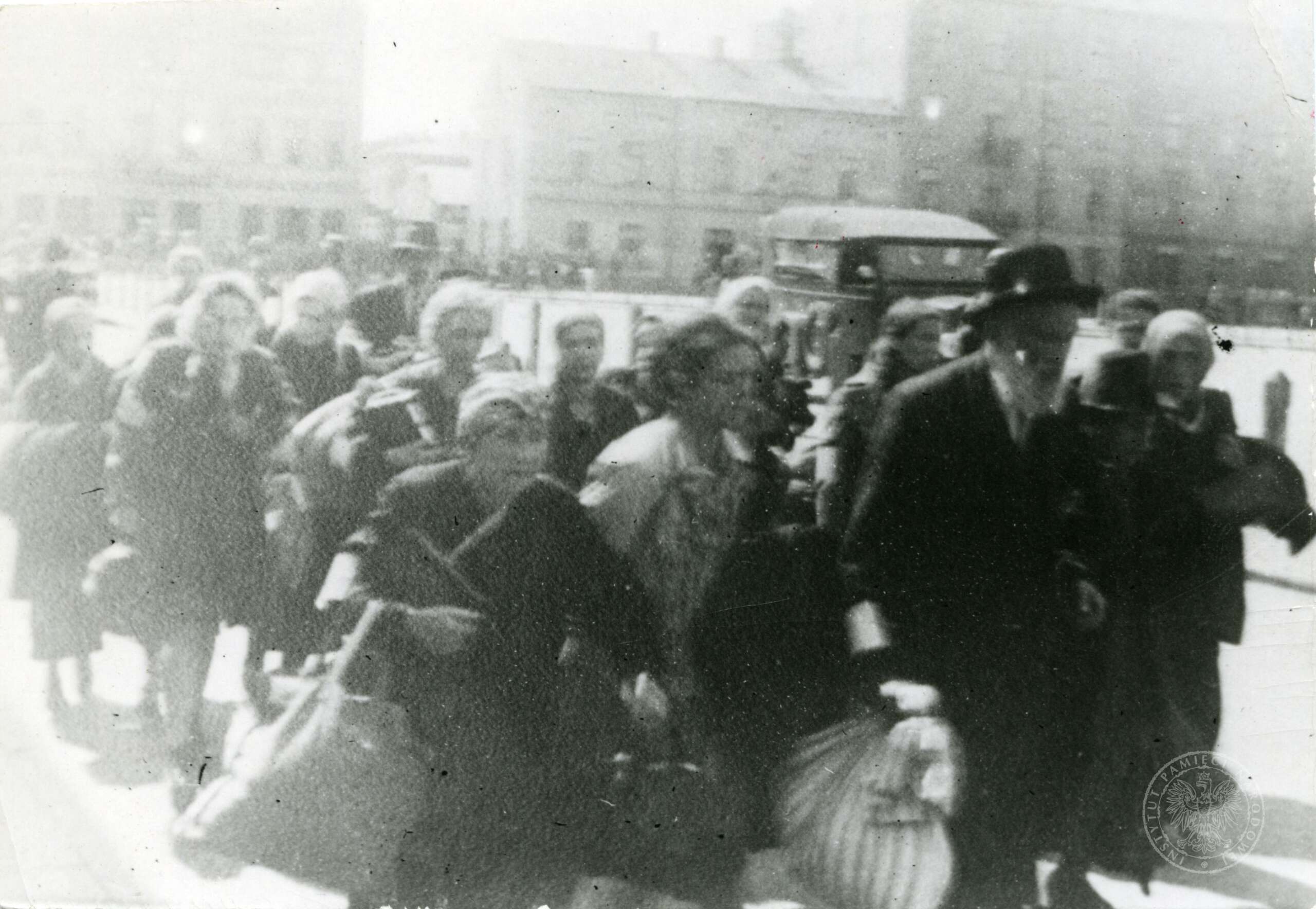 Between 27th-29th October 1942, Krakow witnessed a horrific displacement from the ghetto

Between 27th-29th October 1942, Krakow witnessed a horrific displacement from the ghetto. The barbaric operation was carried out by the German occupation authorities in Krakow.

It all started late evening on 27th October, when the ghetto was cordoned off by the Sonderdienst and police officers. On a sunny Monday, 28th October, the Germans began the selection process of the Judenrat workers, followed by the selection of the remaining ghetto residents. All Jews living in the ghetto were made to leave their flats under the warning of death. Then, they were ordered to line up along Józefińska street, in the vicinity of the Judenratu  HQ, where a random selection took place. Most people were directed to Plac Zgody where German armed divisions were already waiting. That day, the SS men committed many more terrifying crimes which are remembered by the Jewish community in Krakow until today. Bed-bound patients of the Jewish Hospital at Józefińska 14 were murdered, while others were brutally thrown onto a vehicle. A similar operation was carried out in the Hospital for Chronic Patients at Limanowskiego 15, where several elderly Jews were thrown down the stairs, while those unable to walk were murdered on the spot. A Facility for Jewish Orphans located at Józefińska 41, which cared for approximately 300 children at that time, faced the same haunting ordeal.

The youngest children were either transported away or murdered on the spot, while the remaining ones were marched to Plac Zgody. There, the Germans offered the caregivers a job in a new facility. Their refusal equaled their death sentence. The caregivers volunteered to accompany the children in their last march. They were Dawid Kurzman with Anna and Leopold Feuerstein. At around 5 p.m., the previously selected group of people was rushed to the Płaszów station, where they were forced into cattle carriages and directed to Bełżec. The remaining people were murdered in Krakow, in a camp located in the area of old Jewish cemeteries (Jerozolimska and Abrahama streets), and buried in already prepared graves. Adults were shot dead on the spot, whereas children were buried alive.

Approximately 4,500 Jews were transpotred to Bełżec for a certain death on that day, while between 600-800 were murdered in Krakow.