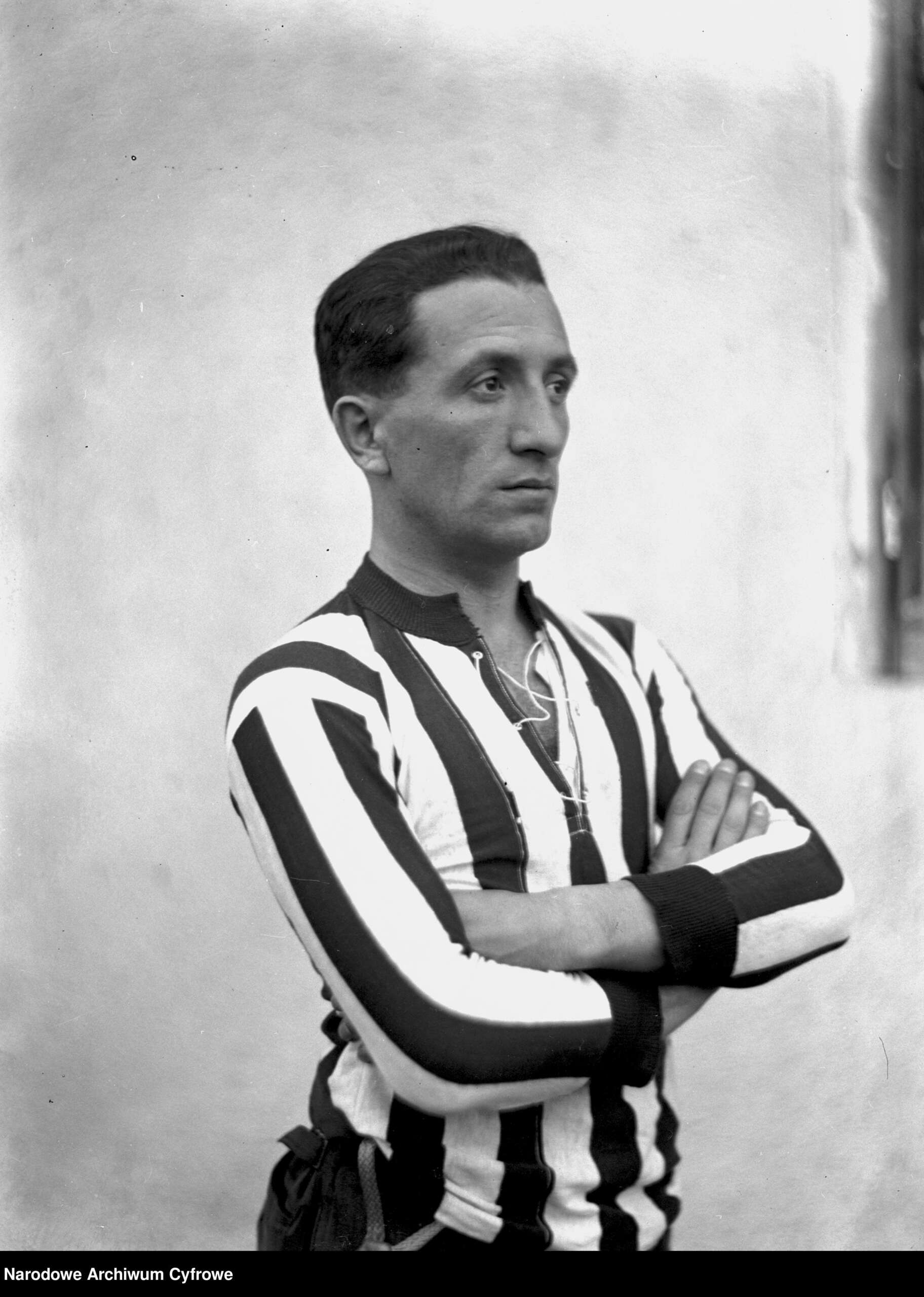 Born on 7th August 1900 in Krakow, Leon Sperling, son of Salomon, was a member of the Polish national football team where he played 21 matches, an Olympic athlete, a three-time Polish football champion with Cracovia (1921, 1930, 1932), a bank clerk.

Sperling was a trade school graduate. Due to his impressive talent as a striker, he got a nickname – ”a football magician”. In fact, Sperling was one of the best strikers of the interwar period. Throughout almost all of his career he was linked with Cracovia where he played 381 matches. However, Sperling took his first football steps in Jutrzenka Kraków. He made his debut with the Polish football team in a Poland-Hungary match on 18th December 1921 in Budapest. In 1924, he took part in the Olympic games in Paris. In 1934, Leon Sperling made a decision to end his football carrer. He got married to Sara Perla and moved to Lviv.

He was shot dead by a drunk Gestapo officer on a street in Lviv sometime between 15th and 20th December 1941.