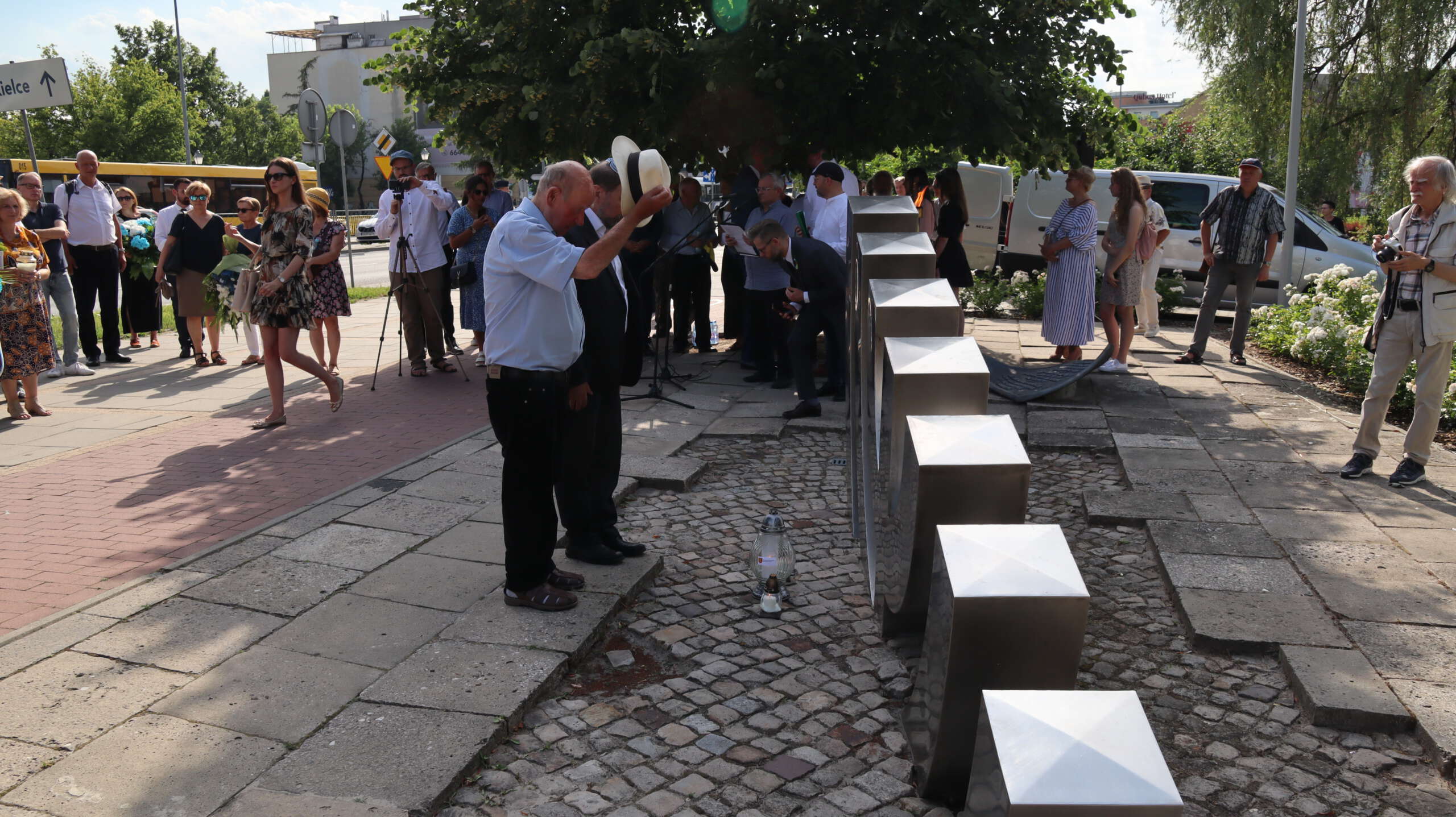 76th anniversary of the Kielce Pogrom

On 4th July 2022, the Jewish Religious Community delegation led by Tadeusz Jakubowicz took part in celebrations of the anniversary remembering victims of the Kielce Pogrom from 4th July 1946.

The following people were in attendance: the Ambassador of Israel in Poland Yacov Livne, Deputy Director of the Culture and Nartional Heritage Bureau of the Chancellery of the President of the Republic of Poland Dawid Drabik, Mayor of Kielce Bogdan Wenta, Chief Rabbi of Poland Michael Schudrich, Chairman of the Jewish Religious Community in Katowice Włodzimierz Katz,  Chairman of the Association of Kielce Jews in Israel Yaacov Kotlicki, Director of the Auschwitz-Birkenau State Museum Dr Piotr Cywiński,  Chairman of the Roma Association in Poland Roman Kwiatkowski, representatives of the Social and Cultural Association of Jews in Poland as well clergymen representing various faiths who said prayers at the Jewish cemetery.

The ceremony was run by the organiser of the celebrations, President of the Jan Karski Association, Bogdan Białek.

We are grateful for the organisers’ invitation and everyone’s presence as well as for remembering the Pogrom victims.

Thursday, 4th July 1946 was a tragic day in Kielce. A crowd of people accompanied by LWP (”The Polish Peoples Army”), the Regiment of Internal Security and the Citizens’ Militia murdered the 37 surviving Jews who resided at Planty 7/9. The only reason for the holocaust was a rumour. Apparently, an 8-year old by,  Henryk Błaszczyk was kidnapped and imprisoned in the Planty 7 house’s cellar.

It was the most tragic event in post-war Poland that not only sent shockwaves across the world but also prompted emigration from Poland on a large scale, resulting in approx. 220,000 Jews leaving the country.