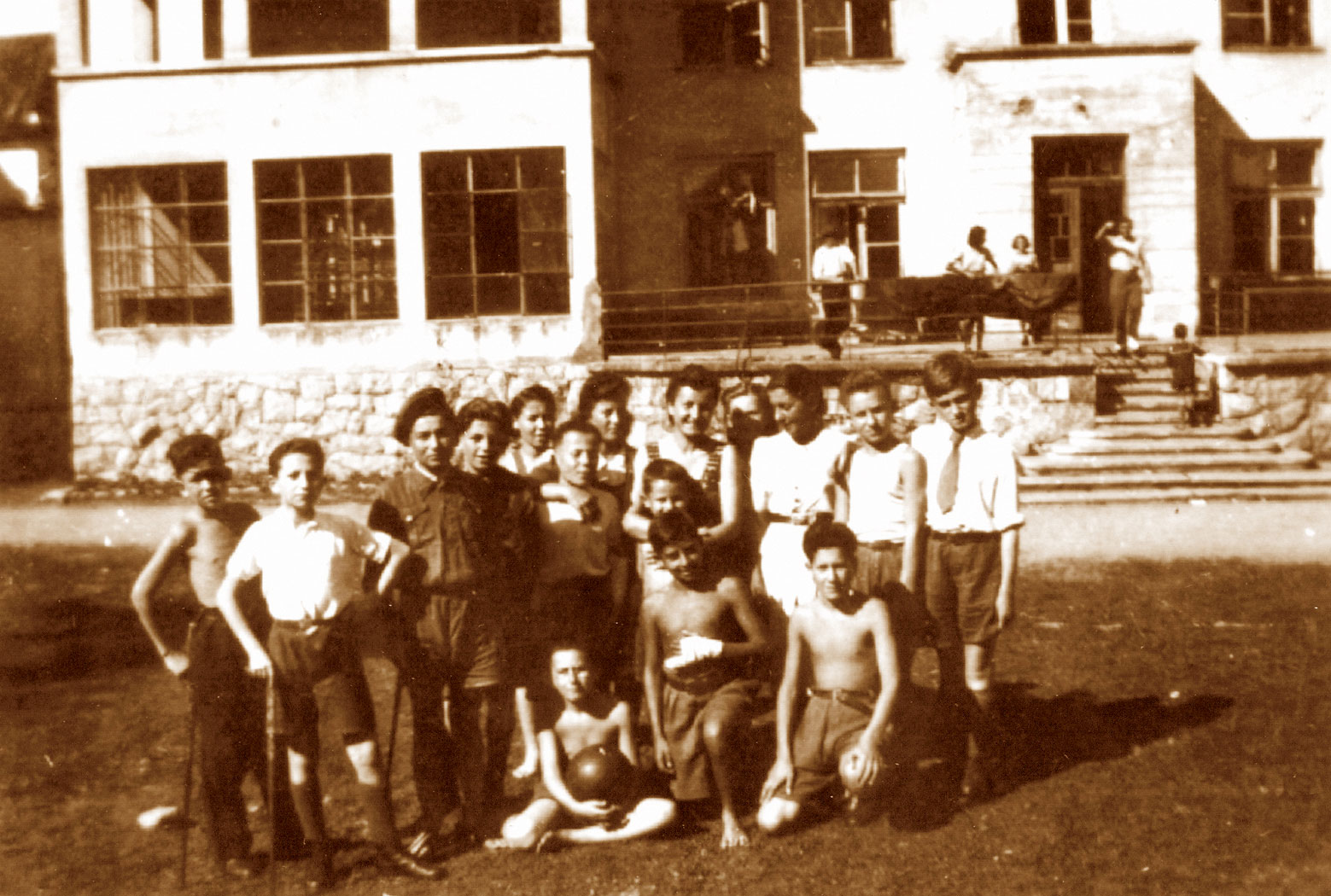 28 August 1945: Closing of the Jewish orphanage in Rabka.

In February 1945, right after the end of the German occupation, a plan was made to open a Jewish orphanage in Rabka, which would alleviate the situation of the Temporary Committee for Help for the Jewish Population in Kraków on ul. Długa 38. The children who had survived the camps would go there. Finally an orphanage for the sickest children was opened in Rabka at the end of June 1945. It included three villas (named Stasin, Juras and Niemen) and about 100 children were sent there, from various cities in Poland. The lists from the summer of 1945 show the presence of about 115 children who had witnessed the horrors of the Shoah.

Parts of the local inhabitants were scandalised, especially Father Józef Hojoł, who was well-known in Rabka and who led a catholic organisation, as well as scouting and catechism in the local school. The pupils had been divided in dozens into scout teams. Father Hojoł believed that Poland was governed by Jews and was against the orphanage. He is suspected of being the author of letters sent by the scouts to the orphanage. The letters stated that if the children did not leave the orphanage and the whole of Rabka, consequences will happen. He kept to his word and the local youth attacked three times the orphanage in August 1945.

On 12 August 1945 a hand-grenade was thrown in one of the buildings and according to witnesses it created a crater of about 15 cm and the glasses in the windows were broken.

The second attack was on 19 August 1945. The buildings were shot at with hand- and machine-guns. Grenades were also thrown in. 11 policemen from Nowy Targ were sent to protect the buildings. One of them recalled that the children went on walks under their protection and were were friendly. He stated that their stories were difficult to hear without crying and he noticed that they were very thankful. Because of the danger, the children had to sleep in the basement.